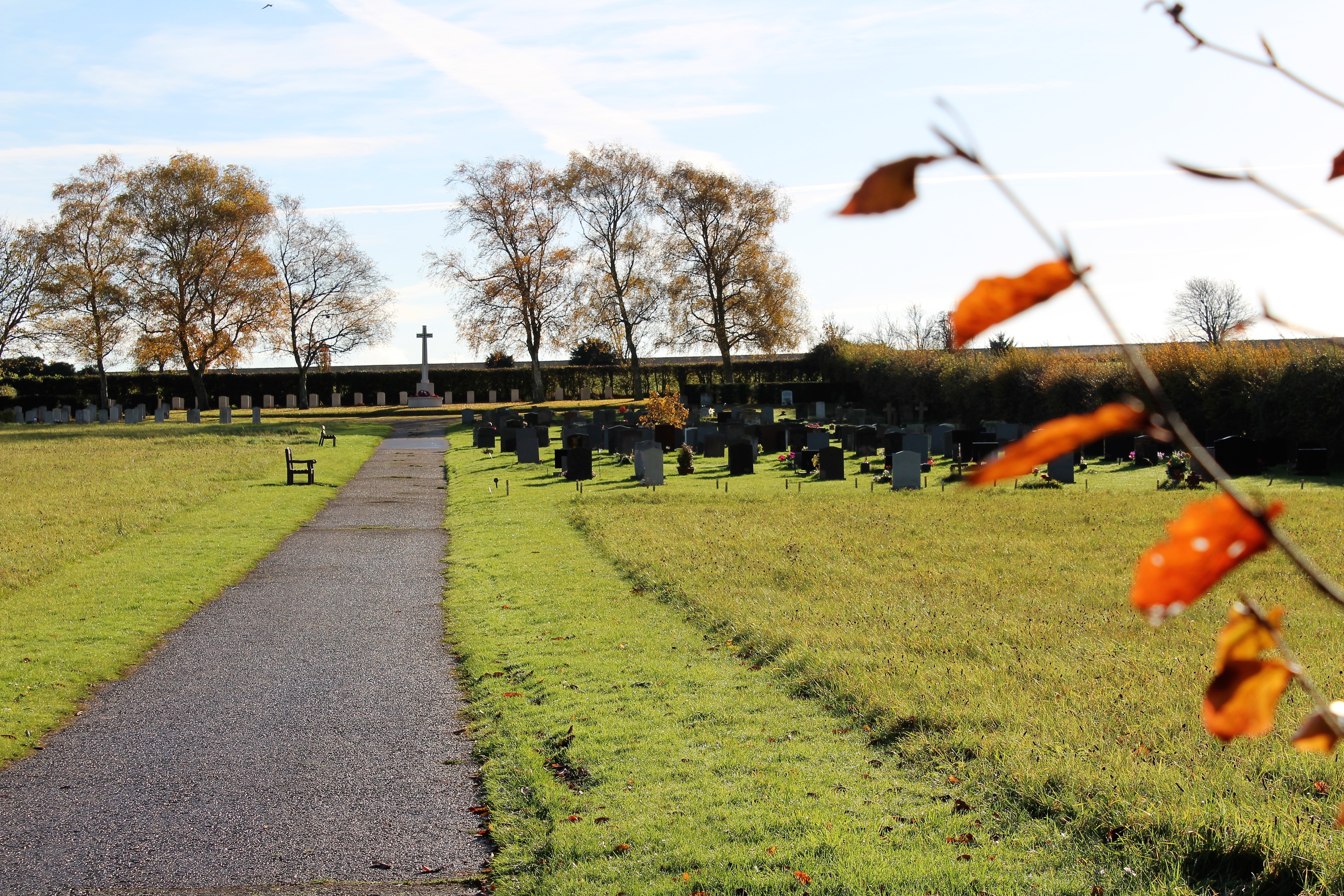 The cemetery, which covers 2 acres, was first used in 1941 and the land on which it lies was given by a local landowner to Marham Parish Council. The cemetery has 5 areas:
The main burial section, The Children’s section, The Wales Family section, The R.A.F section and the Commonwealth War Graves Cemetery. 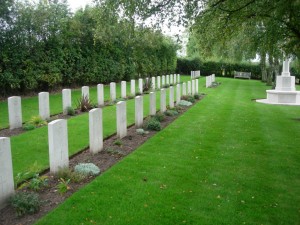 Until June 1941 year the Royal Air Force Station at Marham had used the village churchyard for burials, but a new burial ground became necessary and this land, within sight of the fifteenth century church, was given with the proviso that a special section near the south-eastern boundary should be reserved for R.A.F. burials. This is now the War Graves Plot, and all except two of the 1939-1945 War graves are in it. The total number of burials in Commonwealth War Graves cemetery is 56, and this figure is made up by 1 soldier and 26 airmen belonging to the forces of the United Kingdom, 13 airmen of the Royal Canadian Air Force; 3 airmen of the Royal Australian Air Force; 7 belonging to the Royal New Zealand Air Force; 1 German soldier and 5 German airmen.

The plot is on rising ground. In front of the entrance is semi-circular bed and the Cross of Sacrifice, which honours the servicemen buried here and the 17 who lie in Marham (Holy Trinity) Churchyard, stands beyond it.