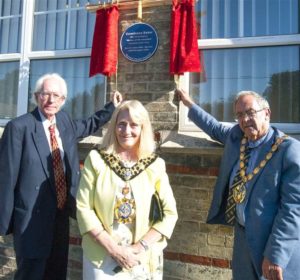 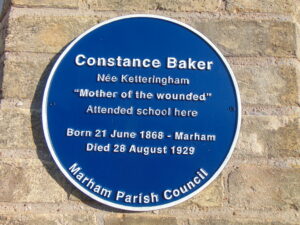 Known as the ‘Mother of the Wounded’ during World War I, Constance Baker (1868-1929) has been commemorated with a blue plaque at Marham Village Hall, with her great-grandson travelling from London for the occasion.

West Norfolk mayor Geoff Hipperson and the mayor of Hammersmith and Fulham, Daryl Brown, were also in attendance on Saturday 21st September 2019 to honour Constance.

After her son was killed in the war, Constance and her husband opened up their Fulham home to returning troops, hence the ‘Mother of the Wounded’ epithet.

A mother of eight, when one of her sons was killed in the war, distraught Mrs Baker and her husband, decided to offer their support to the troops by arranging entertainment in Bishops Park, Fulham, London.

Much of the family’s wealth was spent on goods and food for the returning troops, which earned her the title, ‘Mother of the Wounded’.

This was later inscribed on her tombstone, following her death in Livingstone, Scotland, in 1929 at the age of 61. 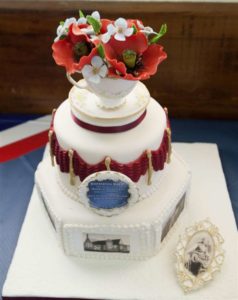 The mayor of Fulham and Hammersmith was humbled by Marham Parish Council’s honouring of Constance Baker she commissioned a Blue Plaque to be put on display in Bishops Park, Fulham where Constance and her husband entertained and supported the soldiers of the Great War. The unveiling took place on Saturday 11th January 2020, Chelsea Pensioners and officers from the Royal Yeomanry were also in attendance and entertained by a local Brass Band. 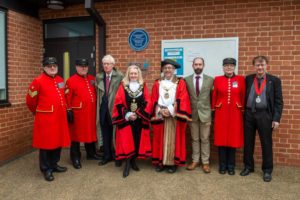